It is insufficient for corporate CEOs to denounce the words of President Donald Trump, while doing absolutely nothing to eradicate the stain of “colorblind” discrimination.

With the actions in Charlottesville, Va., in August 2017, the nation recoiled at the open display of racial hatred. However, the events in Charlottesville served as the culmination of the grinding microaggressions–covert, exclusionary, discriminatory-and “colorblind” systemic discrimination–that occur daily.

Into this systemically discriminatory reality (for some members of the U.S. society) enter corporate chief executive officers (CEO), many of whom, perhaps, are active or passive participants in the systemic discrimination. It is not enough to proclaim the words of the civil rights laws and then pursue reckless programs that permit the exclusionary practices, which the neo-nazis, kkk-ers, and other white hegemons stated openly in Charlottesville as well as uttered in other places in the United States. 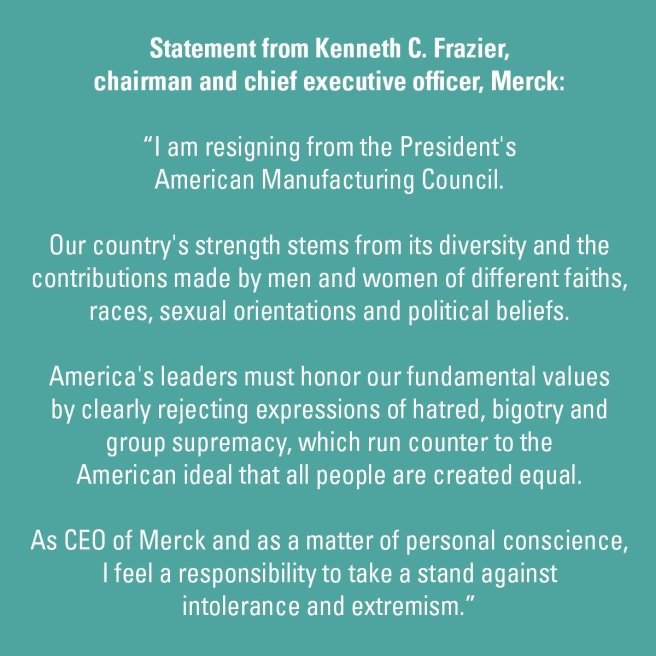 Dick Grote, Harvard Business School, Corporate America, & “Rank and Yank”. Systemic discrimination is involved in the practice of forced-distribution “performance management”. This blog has covered Dick Grote’s “rank and yank” (aka forced distribution) program, which many corporations follow in order to dump employees should the financial numbers be insufficient to satisfy Wall Street. Other organizations have followed suit, some covered in this blog. Indeed, Harvard Business School, from which many corporate-executive MBAs come, publishes Grote’s materials.

A quote from Grote (discussed previously at this blog):

But what if a company’s forced ranking procedure, honestly and objectively done, reveals that the blacks or women or disabled employees just aren’t as talented as the white ones? Should they do what some Harvard professors are said to do and award A’s to all the blacks, just to keep them from squawking?” (Grote, page 4 (a quote from a previous post)).

(Note: Consider this statement from Grote with the ever-present and persistent legacy of slavery and Jim Crow subjugation in the United States of America.)

The same is true for the U.S. Supreme Court, which lectures for a “colorblindness” (see John Marshall Harlan’s dissent in Plessy v. Ferguson) that practically means that most nonwhites are not welcome (for example, Antonin Scalia). The proof of this is the composition of a homogeneous law clerk workforce, who in turn apply their elite, majority life experiences into law. (For example, Graham v. Connor, Tennessee v. Garner, and all affirmative action cases.)

Conclusion. So, in closing, while the words of Trump were hard to hear, they are the result of covertly practiced and rampant systemic discrimination.

It is far past time for the United States to eradicate all discrimination from the society. Mere words from wealthy CEOs, who have lives of exclusion, are not enough. Only positive and definitive institutional action will satisfy the people of the United States.

Eduardo Bonilla-Silva, Racism without Racists: Color-Blind Racism and the Persistence of Racial Inequality in the United States

Ellis Cose, The Rage of the Privileged Class

David Shipler, A Country of Strangers

Leonard Steinhorn and Barbara Diggs-Brown, By the Color of Our Skin: The Illusion of Integration and the Reality of Race

Nathan Newman and J.J. Gass, A New Birth of Freedom: the Forgotten History of the 13th, 14th, AND 15th Amendments

William Clark, Petrodollar Warfare: Oil, Iraq and The Future of the Dollar